Five years old he moved with his parents to Poženik. Here he spent the happiest young years and considered himself his whole life long as a Poženčan.

For his last resting place he chose the earth of Cerklje.

At the graveyard behind the church he has the most magnificent tomb stone with the inscription: “Let me rest in Slovenian soil, which I loved so immensely”.

In the will he left a lot of money for the poor of Cerklje and Poženik, but most for the build up for the church in his beloved Poženik, which has no church. Unfortunately, in most respects the testament could not be realized. 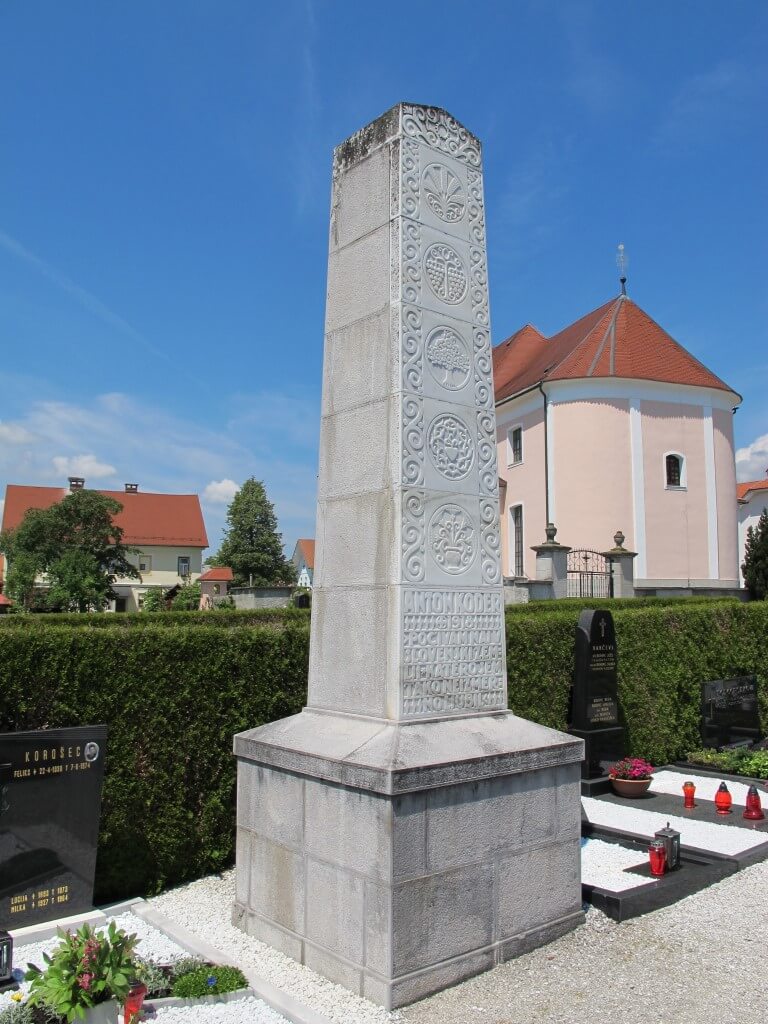 MONUMENT TO THE COMPOSER DAVORIN JENKO

In front of today’s newer Mary Ascension church is the bust monument of composer Davorin Jenko. On the hundredth anniversary of his birth a monument was built in the northern part of curate in Cerklje with the composer’s bust statue made by sculptor Lojze Dolinar, but was unfortunately removed.