Cerklje is mentioned for the first time in historical documents in the middle of the 12th century as Trnovlje.

The name Cerklje is mentioned for the first time in 1239.

Located between the flat colourful acres and agitated hills it represents the true diversity of both the natural and geographical characteristics of the Alps, both the mountains and the cultural heritage of the lowlands. Where the church of Cerklje stands today was once an overgrown thorny area, where herdsmen saw the face of Maria. They decided that this thorny place was not suitable for Maria, they took the visage with them. However, it kept returning to the thorny location. Because of this, the herdsmen decided to build a chapel on the area, and named it 'Maria in the Thorns', also naming the location 'Thornvillage', or Trnovlje. Later on, the chapel was replaced with a church which was dedicated to Maria's Assumption, and two smaller churches were placed beside it. Due to the three churches built together, people began to call the area Cerkve (churches), in the dialect of the Gorenjska region called Cérkle.

Archaeological sites at Šmartno and Krvavecbear witness to the ancient settling of the population in this region. Of the 12 original castles that could be found in the area, only Strmol castle has been preserved to the present day. Of the many churches in the area, other than Marija vnebovzeta church the most famous is the former garden church of Lady Day (Marija Oznanjenja), which has catacombs and the oldest statue of Marija in Slovenia. Located in the centre of Cerklje is a memorial park dedicated to people who left an important cultural historical legacy to the area.

Objects found in the area where the municipality lies today give evidence to the settlements existence in the Stone Age. The objects found confirmed it as an open air station. Neolithic settlements (5-6 century) were quite densely arranged on the ridges of the mountains above the acres of Cerklje. The Celts brought new uses for the metals, but did not have a big influence on the development of the area. The development of new tools and the recognition and exploration of new materials for treatment brought a more secure way of getting food – agriculture and stockbreeding.

From the 11th century onwards the development of agriculture and trade began in the area. An important economical factor became the harvest of crops, pasture and stockbreeding. Experiences of trade were noted by Valvasor, who said they breed 'excellent horses and produce many horse covers, awnings and blankets'. A large amount of trade took place at feasts and festivals when many people from neighbouring places would come together.

A special famous activity in the region was the backing of a Velesovo-pretzel. This salty, hard and delicious cake was given to pilgrims. First, they were baked only in the religious residences once the receipt was brought by nuns from vienna. After the closing of the cloisters the baking was taken over by some families as the cootage industry died due to wheat flour shortage. Today the tradition of baking pretzels from this 16th century recipe is continued in the bakers shop of pretzels Jagodic in Vodice.

Preserved monuments of the past – life in Cerklje once

Discover how rich people, wealthy innkeepers, enterprising farmers and beekeepers lived in Cerklje once. Visit villa of former mayor of Ljubljana Ivan Hribar and great Petrovec house in the heart of Cerklje. You will get most perfect picture of that and pleasant and most exceptional experience at the same time, if you visit beekeeping farm museum Strupi in Spodnji Brnik.

Hribar's villa with a memorial room, the centre of Cerklje

The famous mayor of Ljubljana bought a house on the opposite side of street, known as Lukež's house, in 1886 and transformed it into his be-loved summer residence. The summer villa represents high living culture of late 19th century, and is marked by historical style of that time with classicist window frames and wooden, richly ornamented house front.The particular element of the house was an outside electrical installation, the very first one in Cerklje, which was installed in 1924 after Čimžar Fredi, an American immigrant, con-structed a the power plant. The central part of the villa, the memorial room and its park, is managed by Gorenjska banka, d.d. For visiting the house an advance notice and arrangement with Zavod za turizem Cerklje is necessary.

It is also possible to see the house by advance agreement on phone number 04 20 84 239 or at dasa.toman-touruk@gbkr.si. 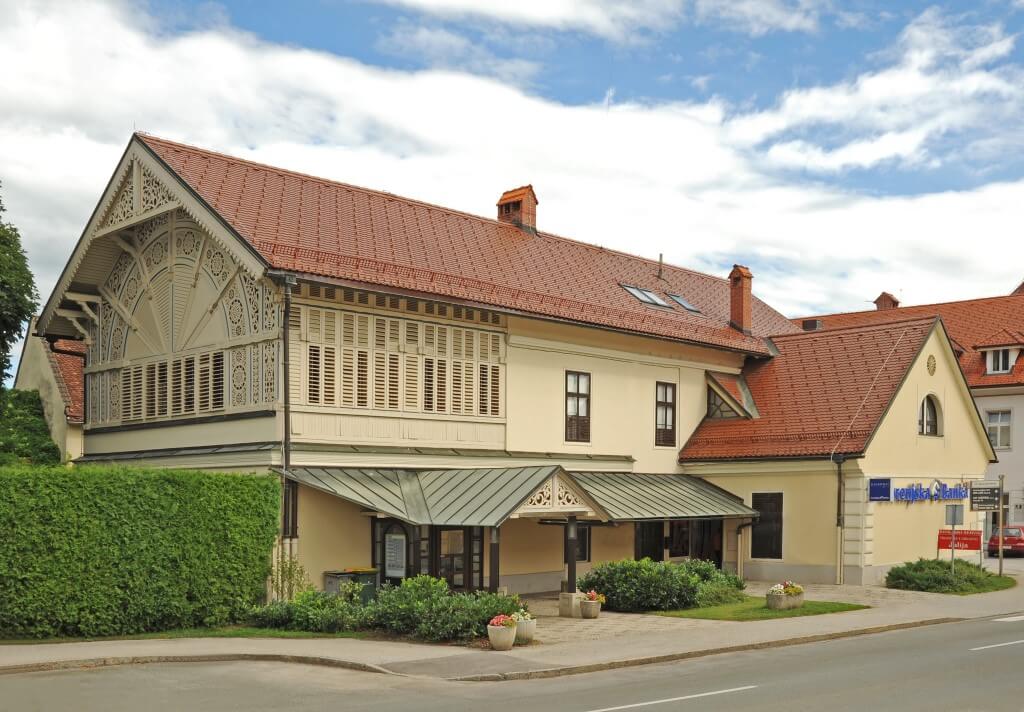 Petrovec House, the centre of Cerklje

Immense house with rich front and frescoes gained the image we see today in mid 19th century, which is documented by the year 1863, engraved on the house portal. That was the time when its owners started running an inn.The house became an eloquent witness of the way of life and thinking of rich country people of that time. Today are in Petrovec house, which was once a residential house that ran an inn until the World War II, Touristic information centre Cerklje, a gallery, museum, and library. The museum exhibits archaeological and ethno-logical collections. The archaeological col-lection represents archaeological sites in Šmartno, while the ethnological part of the museum exhibits items from a pri-vate collection.

The gallery in Petrovec house offers art exhibitions which represent the creativity of various individuals and members of different societies. 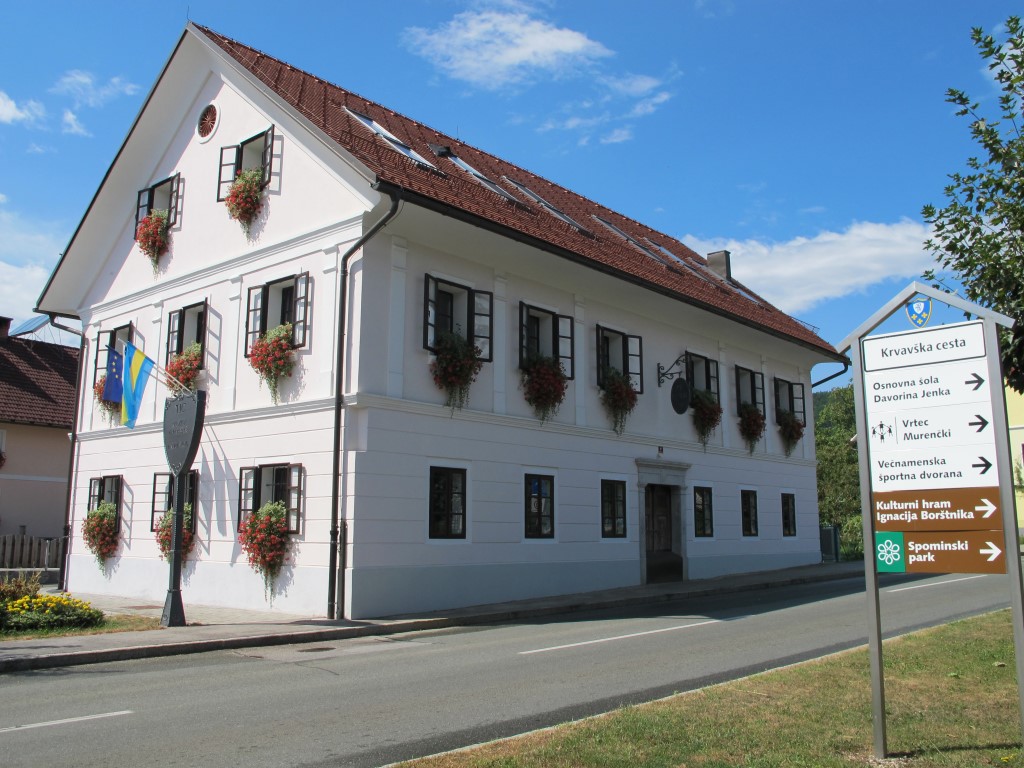 Foto: Archive of Tourist Board Cerklje

The keepers of the private beekeeping farm museum will gladly take you through the history of beekeeping. Through the rooms of the renovated old building will guide you a rich collection of beekeeping and farm tools.The exhibited items, such as clay pottery, shoemakers tool and other useful objects, represent the tradition of farm life in the past. In the museum is also beautifully arranged shop which offers different types of homemade honey, propolis, pollen, honey liquor and products made of bees wax. 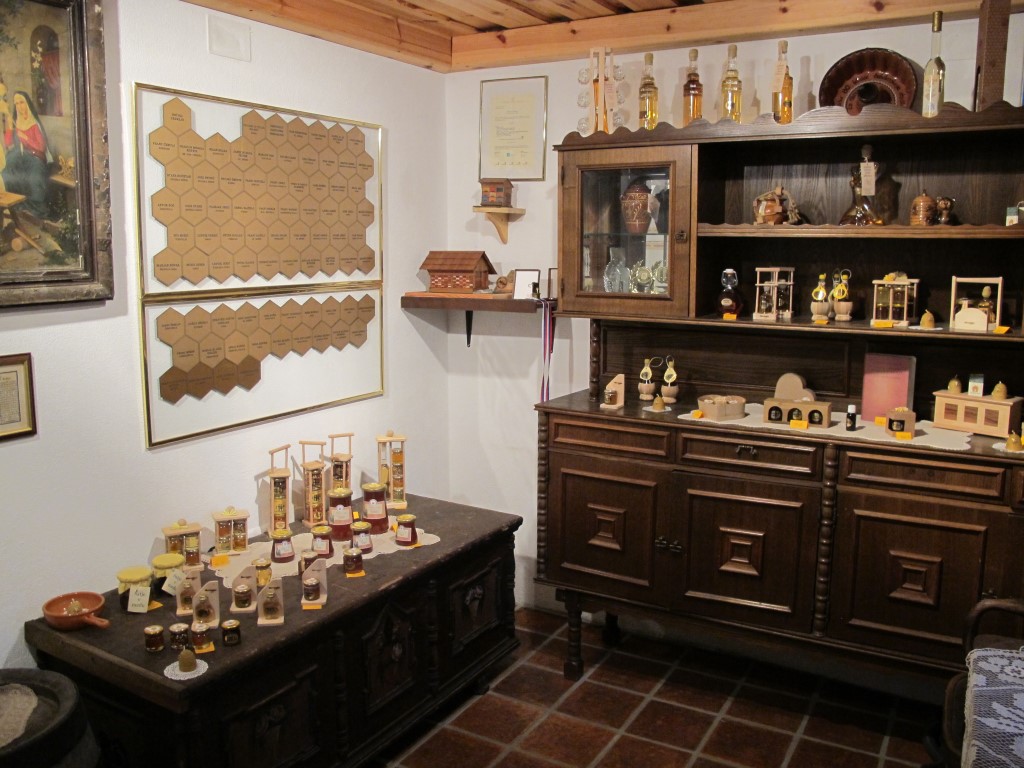 Foto: Archive of Tourist Board Of Cerklje